Formaldehyde is a simple, naturally-occurring substance that has been known for over 150 years. Historically it was used extensively as a preservative in embalming and for storing medical tissue samples.

The human body also produces formaldehyde as part of our normal metabolic processes.

However, when inhaled at high doses over a long period of time it can damage cells directly and even cause cancer of the upper respiratory tract.

What is formaldehyde and where does it come from?

Formaldehyde is produced when things burn, so it is present in bonfire smoke and tobacco smoke, for example, as well as motor vehicle exhaust.s

Reactions with ozone and terpenes

It is also possible for formaldehyde to be formed by a reaction between ozone in the air and certain naturally-occurring substances called “terpenes”. One example of a terpene is limonene, which gives the characteristic citrus smell to oranges and lemons. Citrus-fragranced cleaning products, air-fresheners or candles can be another source of limonene.

Ozone is present in small quantities in the air everywhere, and higher levels in summer ‘smogs’ can be a problem both for people and plants. Ozone is also present indoors, where levels can be much higher if there are electrostatic devices in use such as photocopiers or ozone-generating appliances designed as air-purifiers.

Limonene or other terpenes (from fruits or cleaning products or air fresheners for example) can react with ozone to raise formaldehyde levels in the air. The increases would be modest compared to levels from other indoor sources, and would be expected to be well below the safe levels set by WHO.

It is not included in cleaning products

What is a safe level?

Measuring levels in the air

The amount of a substance like formaldehyde in the air is usually measured in micrograms per cubic metre, which is written as µg/m3.

Even rural areas have background levels of formaldehyde of at least 1µg/m3 almost everywhere, and people in the EU routinely experience levels of up to 20µg/m3 in outdoor air.

WHO decision on safe levels

The World Health Organisation has set a safe level of 100µg/m3, at which there is “negligible risk of upper respiratory tract cancer in humans”. This level has been endorsed by the UK’s Committee on Medical Effects of Air Pollution (COMEAP), which also recommended it as a general limit which would prevent any significant irritation of the nose or airways.

How much is produced by...

Indoors, formaldehyde is produced by open fires, gas fires and cookers. Levels of 30-60µg/m3 are common in indoor air. Formaldehyde is also emitted from the glue used in manufactured woods such as chipboard. In homes and caravans which have a lot of such materials, the levels of formaldehyde are typically more like 100µg/m3.

In homes where people smoke, levels can rise to 50-350µg/m3. In the smoke inhaled directly from a cigarette levels are hundreds of times higher. One particular study showed that someone who smokes 30 cigarettes a day is exposed to between 60 and 130 µg/m3.

A 2014 study by Danish researchers found that use of a typical cleaning agent which included limonene produced a maximum of just over 10µg/m3 formaldehyde for less than hour after being used. This research shows normal use of limonene products in a home is generally safe.

Fact: There is no evidence of a link between living in super-clean homes and increased allergies such as hay fever, eczema or asthma; nor does being too clean lead to immune-related diseases such as diabetes. 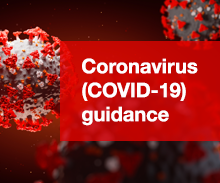 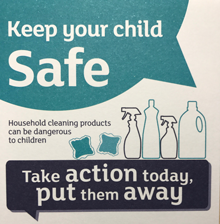